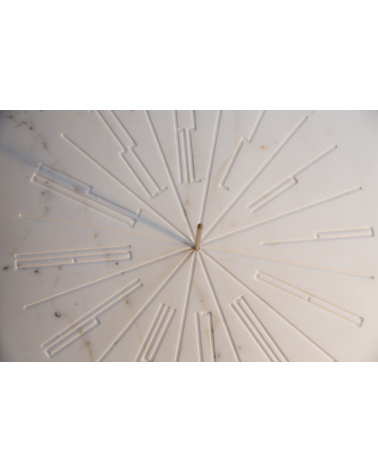 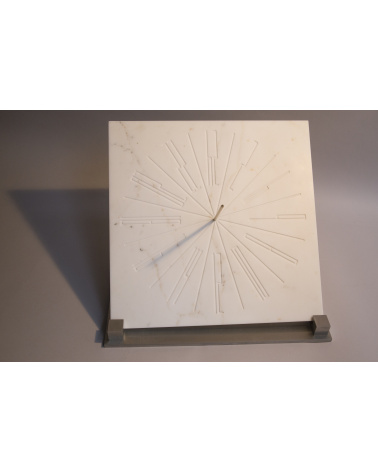 O' Sole Mio is an engraved Carrara marble sundial mounted on a brushed stainless steel base with a brushed brass rod designed by Vera Molnar. Inclined 45°, placed outdoor and facing North, the sundial shadow projects the universal time hour on the upper end of the graduation during summer, and on the lower end during winter.

O' Sole Mio demonstrates the always-tight connection between science and poetry in Vera Molnar’s work. Through this work, Molnar captures the notion of time. O' Sole Mio sculpture, among the few ones in Molnar’s work, is at the core of her research around series and recurrences here expressed by the endless run of the sun on the marbled surface. Her choice of universal time sets a delay of one or two hours in regard to our general time, an interval that makes us ponder over our relationship to time. The artist plays with this gap while relating the eternity of marble with the changing light of the sun thus creating a kinetic artwork with the most immutable material.

“This series of 12 drawings happened a bit by chance, out of bits and pieces of previous drawings." Pierrette Bloch 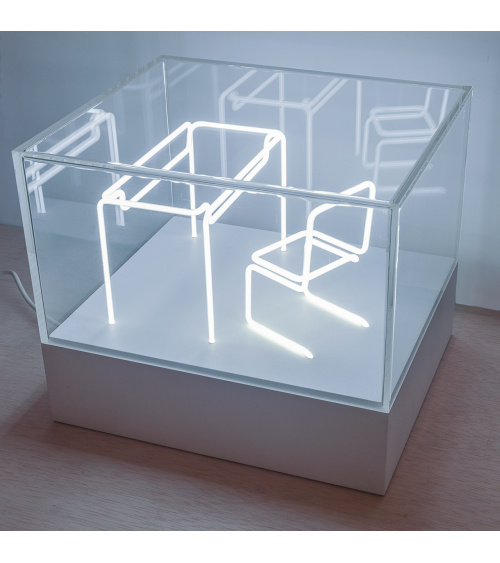 These two impressive works, White Moon and Black Moon , depict a fictive and futuristic landscape, yet to be explored. 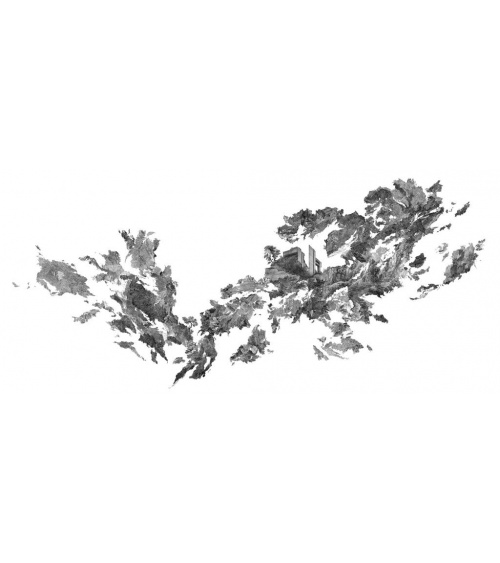 A new spectacular production of the artist.

