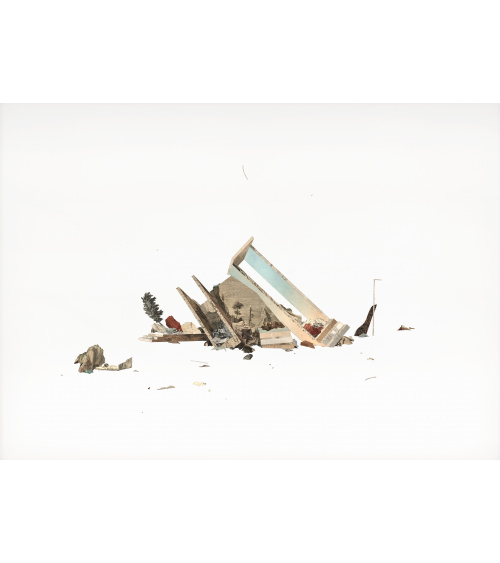 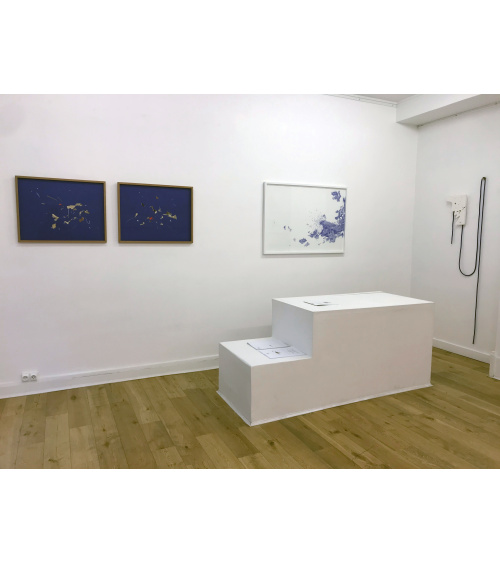 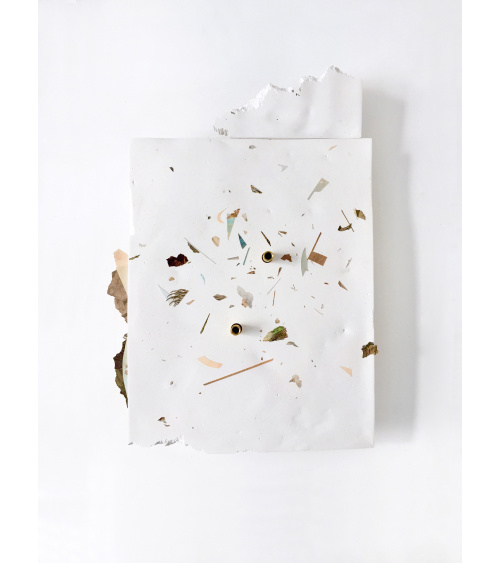 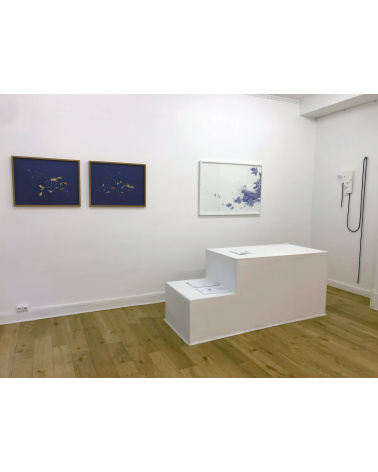 Claire Trotignon explores the challenges of representation while questioning history, the nature of our contemporary space, and the power of utopias. Through her collages enhanced with drawings and colored inks, she imagines generic landscapes that collide different times inside single images.

Over the last ten years, this young artist has gained recognition for her use of old engraving fragments she combines in aerial compositions where the negative space is more meaningful that the represented elements. Her engraved textural lines often punctuated by a few solitary trees give rise to scattered representations she enhances with futuristic architectures reduced to a few generic elements. Recently, her work has taken a new turn, especially through works mid-way between sculpture and collage that emphasize the fragility of our current society crossed by contradictory messages.

Thus doing, Claire Trotignon claims that every landscape is, first and foremost, a mental construction capturing the representational issues of a certain time and culture. Both reminiscent of the past and hopeful for the future, her landscapes mostly talk about the impossibility of our culture to grow deep links with nature. In Claire Trotignon’s work, the landscape becomes the symbol of a loss, but also the possibility of a new understanding of our reality, including in its most metaphorical dimension.

Opening of the exhibition on thursday 30th january 2020 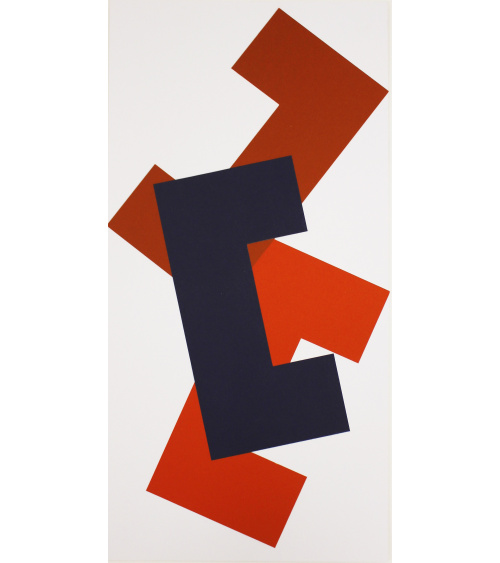