Camille Zakharia was born in Lebanon, in Tripoli in 1962. He works and lives in Manama, in Bahreïn. In 1985, he got his engineer diploma from the American university of Beyrouth, just before leaving Lebanon that was in a civil war at the time (1975-1990). He has lived in the United States, in Greece and in Turkey. In 1995 he moves to Canada. Two years later, he graduated from the New-Scotland Art and Design school. In 1998 he moves to Bahreïn. Echoing his own path, Camille Zakharia questions the concept of identity and movement through photomontage. He considers collage to be a way to express a fragmented identity and recomposed memories, like in Cultivate Your Garden, created in 1998. Testimonies of displacing and exile also nurture his work, as in Arab Artists & Artists of Arab Origin, Elusive Homelands or Belonging. Created in 2010, his Coastal Promenade series describes Bahreïn in prey to major architectural changes. The earth spaces that were built over the sea have completely modified the scenery by recreated the shores of the island. Abruptly, small constructions were destroyed in order to build immense glass towers. Some fishermen’s sheds were preserved. For some inhabitants, they incarnate a more direct access to the sea. This work is part of the Reclaim project, presented in the Bahreïn pavilion in 2010 at the Architecture Biennale in Venice, where he won the Lion d’Or. Camille Zakharia represented, again, the Bahreïn during the Art Biennale in 2013. 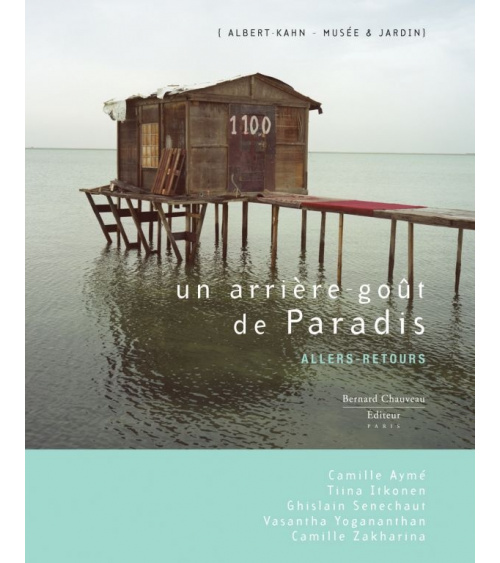 Price €25.00
This book invites to discover the communities who live in territories where the seasons impose their rhythm and the relationship to nature...
Back to top 

