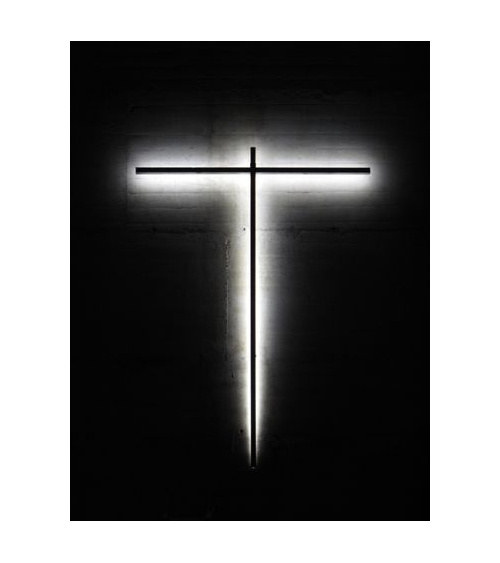 “Light has this unique quality, of being at once material and immaterial... light speaks” Éric Michel.

Éric Michel (born in 1962) lives and works in Paris. His work on light, in particular his paintings, saturated with pure pigments, his videos and neon installations follow essentially in the tradition of a quest for the immaterial, along the lines of Yves Klein, James Turrell and Dan Flavin. A few notable dates: In 2007, the presentation of the video “Swimming Fluo” at the Museum of Contemporary Art (MOCA) in Shanghai, for the “Sport in Art” exhibition supported by the Beijing Olympic Committee. In 2009, the installation “Passages de Lumière” set in the front windows of the Musée d’Art Moderne et d’Art Contemporain in Nice (MAMAC). In March 2011, the inauguration of a monumental, permanent light installation, “Les Moulins de Lumière,” in the Grands Moulins de Pantin building.