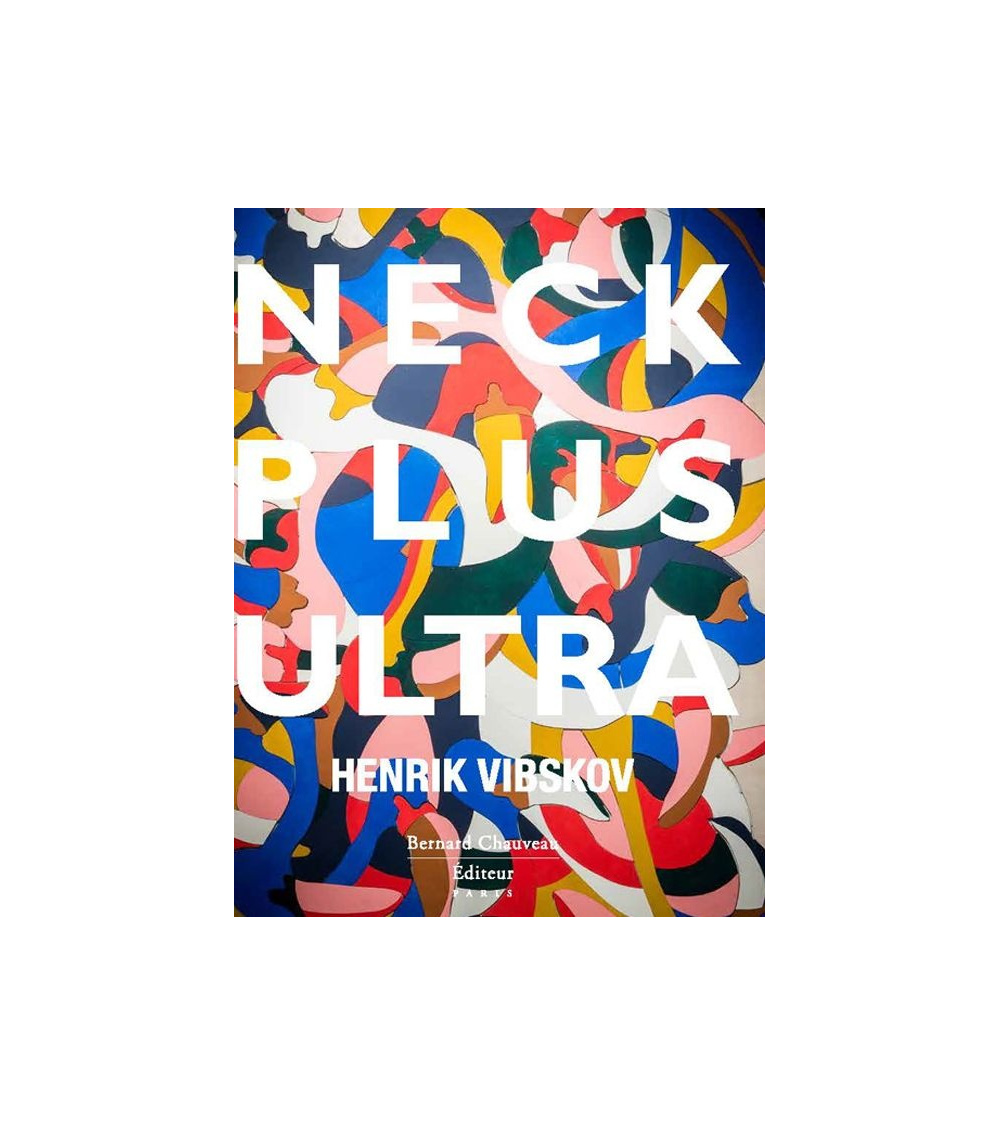 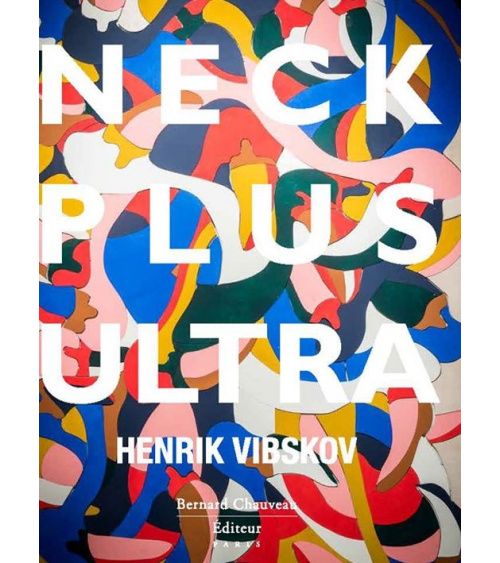 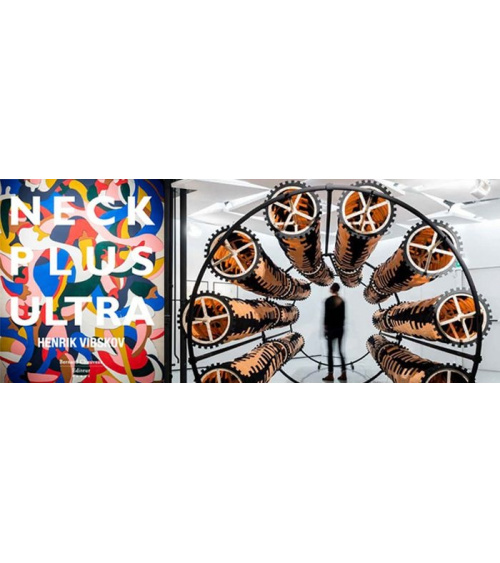 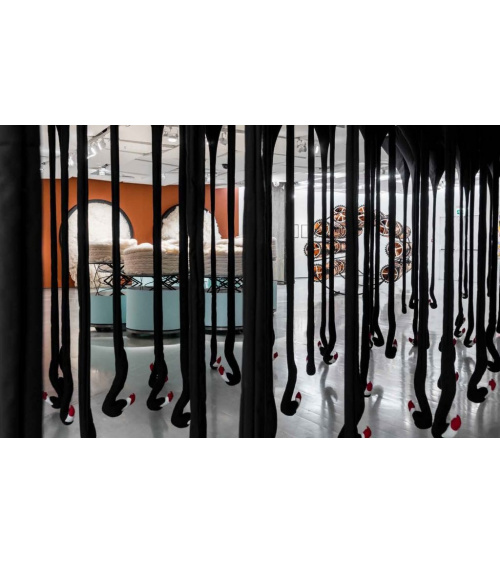 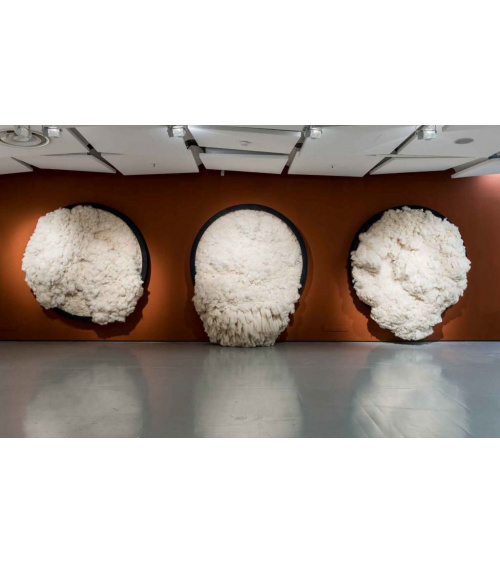 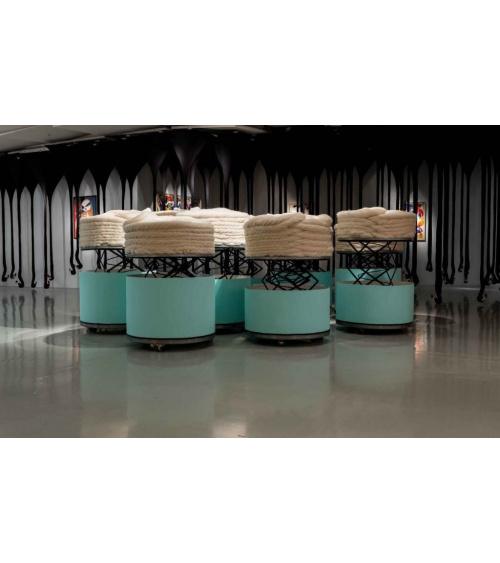 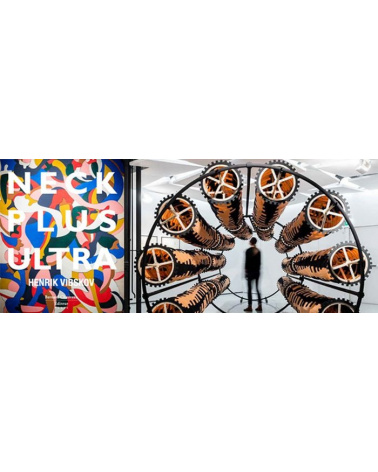 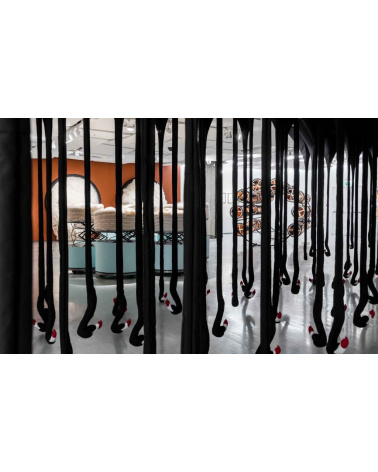 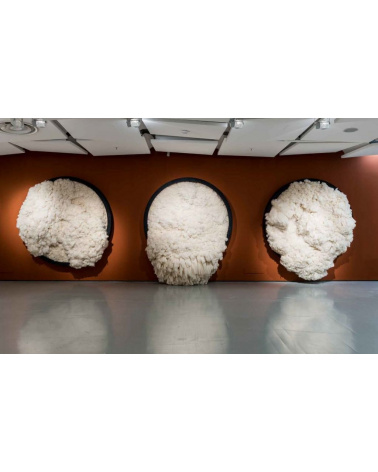 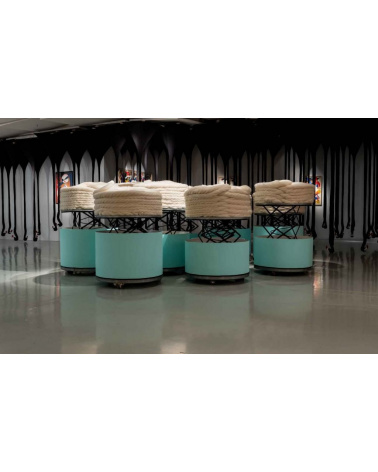 Bernard Chauveau Éditeur has published the first monograph in France of Henrik Vibskov, the Danish fashion designer of eclectic style and rich colors.

Bernard Chauveau Éditeur has published the first monograph in France of Henrik Vibskov, the Danish fashion designer of eclectic style and rich colors. Since graduating from Central Saint Martins in 2001, Vibskov has produced 20 collections.

His particularly artistic approach to fashion quickly led Vibskov to get involved in other artistic fields, such as dance, theater and music. A proteiform artist, his creations have appeared in renowned institutions, like PS1 – Moma in New York, ICA (Institute of Contemporary Art) in London, the Palais de Tokyo in Paris or the Kiyomizu-Dera Temple of Kyoto.

Having already invited Vibskov in 2010, the Galerie des Galeries in Paris gave him carte blanche in 2013 to produce his first exhibition, “NECK PLUS ULTRA.” This title is a play on words between the Latin phrase nec plus ultra, which means “without a flaw,“ and the word neck, an anatomical reference echoing his 2013 fall-winter collection, “The Stiff Neck Chamber.” (Paris fashion show, January 17, 2013)

In this book, Vibskov exposes his inspirations and plunges us into his universe, with its tonality at once poetic, amusing and strange. The artist offers a multimedia exhibit in striking colors and geometrical shapes that blend sight, hearing and touch. Notably, he presents his Stiff Neck Chamber with its forest of birds’ necks hanging from the ceiling head-down, or again, a psychedelic stroll in a looped tunnel. An experience that is complete, stimulating and highly unusual, one that encourages our passage from one state to another.

The limited edition of the book is accompanied by the scarf “Neck Plus Ultra” an original creation, printed on silk, of designer Henrik Vibskov. Produced in a limited run of 100 pieces, the scarf measures 40 x 40 in. (100 cm x 100 cm).

“Certainly not everyone considers fashion an art; however, when you observe the work of designer Henrik Vibskov, it appears evident that he is, above all, an artist! I discovered his work thanks to Audrey Mascina, curator of the exhibit ‘Space for Fantasy’ at the Galerie des Galeries in 2010. “He’d produced a piece for that project. Henrik is a designer with an overflowing imagination: his universe oscillates around poetry, graphics, humor and fantasy. For each of his collections, he invents a story and gives it a title, whose poetic and colorful potential is felt immediately. Like The Fantabulous Bicycle Music Factory, the name of his 2008 spring/summer collection. This burlesque scenario expresses itself, from the prints of the fabric to the runway show staging. These are real shows, where the decor works as much as the forms. Produced by his teams in his own studio, the staging is considered like the set of a show that will tour from city to city. “This custom evokes the musical codes that are dear to the artist. Henrik has been a drummer for the last twenty years, and recording with Trentemoller for the last six of those. A natural stage performer, he always infuses his fashion shows with a performance quality -- the models are transformed into actors, dancing or playing the roles he has written for them. Henrik knows how to manipulate the runway space, and he also masters the exhibit space --. Henrik is regularly invited to produce scenographies, and often produces pieces for group exhibits. “Inviting authors from art, fashion or music backgrounds to express themselves in our spaces in carte-blanche format is the ambition of the Galerie des Galeries. The result can take the shape of an exhibit, installation, or staging event. Thanks to these artists and their proteiform worlds, the act of exhibiting art reinvents itself. “Henrik belongs to that group of artists who affirm they don’t belong to any one creative field -- they are happy to simply create and innovate. Giving him carte blanche was a dream -- for the first time in France, he put together a project on-site. His exhibit ”NECK PLUS ULTRA” features original installations, a measured blend of pop, surrealism and psychedelia, an artistic hybridization dear to the artist who likes to mix genres. An exocentric universe where emotion comes first. In a country fair-like setting, the visitor can discover Henrik’s influences and experiment with pieces whose substance -- textiles -- will always remain this designer’s raw material.” Portrait of Henrik Vibskov by Elsa Janseen, Director, Galerie des Galeries. 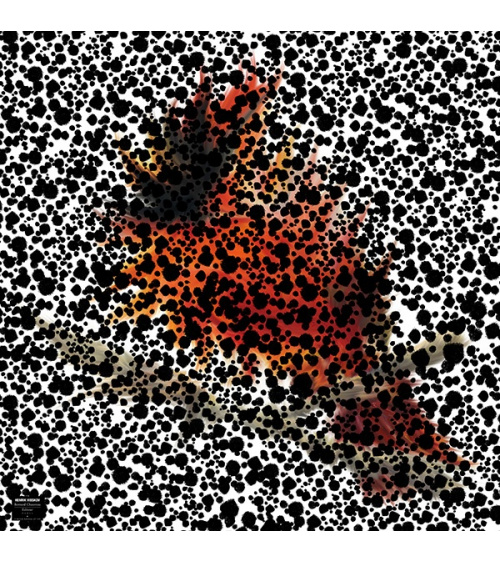