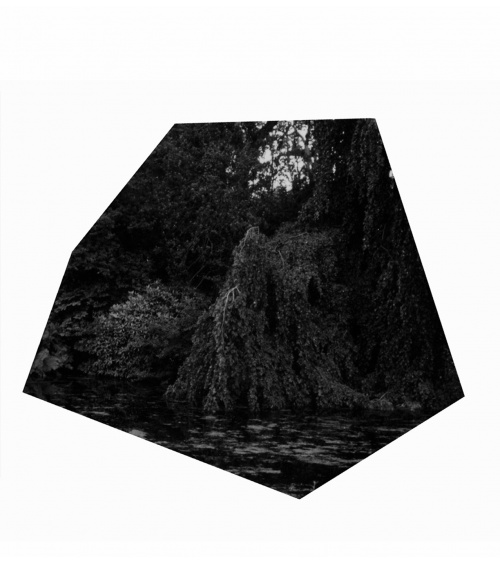 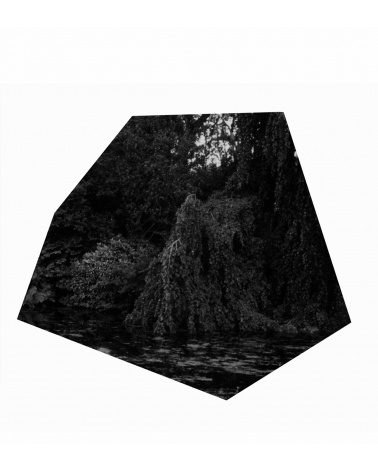 Limited edition - Into the woods

The exhibition evokes a phantasmagorical mental landscape through the work of eleven women artists. The techniques are many and varied, announcing a mysterious journey ahead.

The book Into the Woods guides us through the eponymous exhibition at the Galeries Lafayette's "Galerie des Galeries," and at the same time, deepens our understanding of it. The exhibition evokes a phantasmagorical mental landscape through the work of eleven women artists. Painting, sculpture, video, sound and installation art — the techniques are many and varied, announcing a mysterious journey ahead.

The works, with all their implicit fairytale reminiscences and woodland folklore, suddenly appear in front of us like incantations. Seemingly obscure, they offer us a choice of entries into parallel universes where sorcery awaits us. Between suggestions of rituals, a secret cabinet hinting at the Black Arts in the nigredo stages and adding a final touch of alchemy, visitors may lose themselves "in the woods," only the better to rediscover themselves in the end.

Born in 1977, Daria de Beauvais is commissioner of this exhibition, and currently a curator at the Palais de Tokyo Museum in Paris. An independent exhibition commissioner, she also organizes exhibitions and events at the Saint-Séverin Gallery in Paris.

Born in 1974 in Toulouse, lives and works in Berlin. Sophie Bueno-Boutellier’s art is influenced by spirituality and science to an equal degree. The artist works using just small touches of intuition, in the form of coded narratives, while the sublime often surfaces in her art through very simple actions and materials. Each artwork is polysemic and seeks to transmit a sensory message. Through an almost alchemical association of materials, a visual effect that seems very minimalist at first glance, and with a craftsman-like treatment, she offers the viewer an experience that borders on the metaphysical.

Born in 1965 in Edinburgh (Scotland), lives and works in London. Susan Collis is a magician of the everyday. She rescues rubbish from oblivion, infusing them with a bit more soul thanks to a range of exceptional materials. Rare species of wood, precious metals, and gemstones discreetly collect, in imitation of the irregularities, dirt marks and other indications of wear and tear. The artist renders the invisible visible by creating a balance between the ordinary and the extraordinary, a dichotomy that is the genesis of all her work.

Born in 1977 in Évreux, lives and works in Paris. Marcelline Delbecq’s art practice begins with her reflection on the image, which then guides her to excursions beyond the frame and interior monologues.Writing’s filmic potential allows her to create pieces of fiction that are lost between the past and the present. Her voice evokes fanciful visions, depicting situations that border on fiction and memory. Her works generate an evanescent mental territory that puts each time in play the question of the gaze.

Born in 1986 in Alès, lives and works in Paris. Mimosa Echard works in drawing and sculpture, employing a vocabulary of simple, even archaic forms, as well as emblematic characters. She has been building up a body of work that functions in dialoguing series, with several threads running through the pieces, such as the circle. Simultaneously odd and funny, and based on natural materials, Echard’s objects seem like so many retro-futurist signs.

Born in 1979 in Katowice (Poland), lives and works in Berlin. Alicja Kwade’s works want to hold onto their mystery and deflect any suppositions that one might make about them. Formally, they look very minimalist at first, but the artist likes reappropriating, deforming, or multiplying the everyday objects she uses. Her gestures sow doubt and ambiguity, generating an oddness that the viewer senses at first glance. Perception is often altered, as if the eye had been invited to the other side of the mirror, where things are never quite what they ought to be.

Born in 1979 in Cracow (Poland), lives and works in London. While rejecting nostalgia utterly, Maria Loboda is very much interested in cultural legacies. Her works are inspired by obsolete objects or occult sciences, with their roots in folklore, mysticism, or metaphysics. Painting the walls the color of the universe, as that color was officially defined by scientists, presenting the eye with a cryptogram whose code has been lost since the Middle Ages, transforming a fictional alphabet into sculpture—the artist offers enigmas to decipher, and even traps that viewers have to avoid.

Born in 1970 in Paris, lives and works in Paris. A figure of contemporary romanticism, Anne Laure Sacriste works starting out from the idea of Nature as seen in its most alarming dimension. Her paintings, prints, and drawings are the stuff of meditation and contemplation, the eye losing itself in dark or iridescent expanses of water or woods. Bathed in a dreamlike atmosphere, her landscapes stay with you like a persistence of vision, a mystery half-glimpsed and impossible to put out of your mind.

Born in 1975 in Tilburg (Netherlands), lives and works in Berlin. In her large-scale pastel and charcoal portraits, Iris Van Dongen finds her inspiration as much in the history of art as in fashion photography, even the aesthetic of tattoos and rock. Her female figures strike poses worthy of supermodels, though in more mysterious contexts that border on the otherworldly. These heroines offer viewers scenes that are infused with symbols and melancholia, somewhere between the marvellous and the rational; they look like abstractions or characters from mythology.

Born in 1977 in the United Kingdom, lives and works in London and Paris. Each of Jessica Warboys’ works is at once a hint of what is to be and a relic of what has been. Artistic avant-gardes and founding myths blend, and theater and architecture intertwine as associations of ideas and images. The artist presents rituals in the form of poems, films, objects, and performances. Simple geometrical shapes are simultaneously independent pieces of sculpture and elements of the setting, perfectly summarizing the artist’s credo that everything is in everything.

Born in 1972 in Schüttorf (Germany), lives and works in Rotterdam. Disaster is a primordial source of inspiration for Anne Wenzel. Natural disasters or terrorist attacks provide her with material for her black ceramic sculptures, aggregates of a material that are both shapeless and delicately wrought. Objects and animals look both liquefied and charred; monuments to the dead or hunted animals in their death throes seem like the rubble of an apocalyptic present. Her artworks are metaphors of our individual fears and show that reality can indeed exceed our worst nightmares. 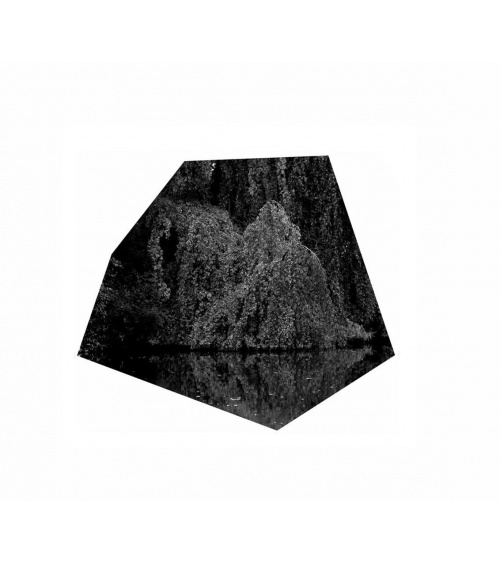 The exhibition evokes a phantasmagorical mental landscape through the work of eleven women artists. The techniques are many and varied, announcing...

Price €10.00
The exhibition evokes a phantasmagorical mental landscape through the work of eleven women artists. The techniques are many and varied, announcing...

