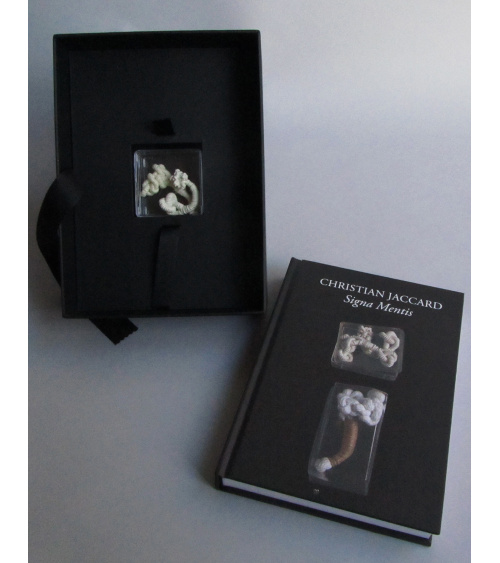 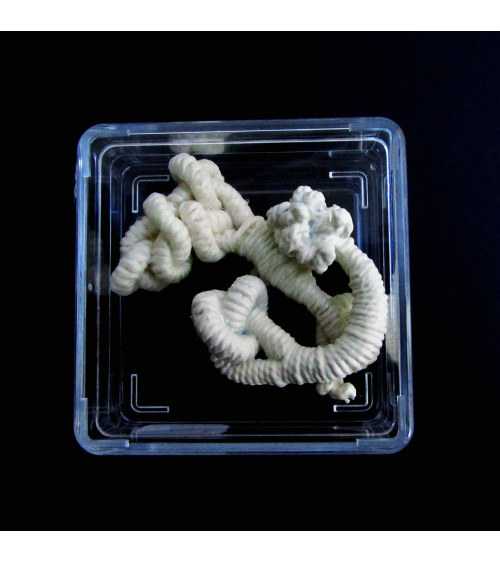 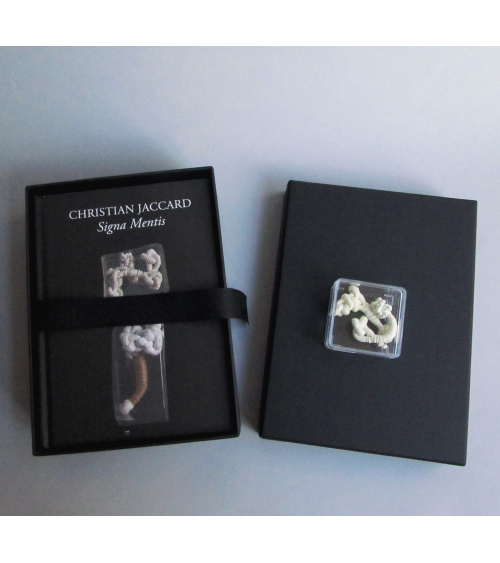 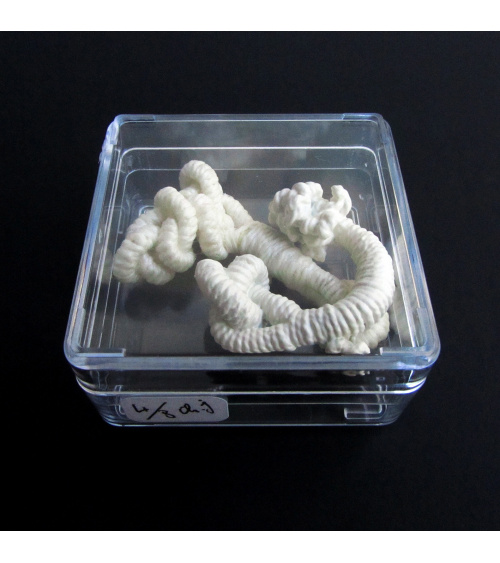 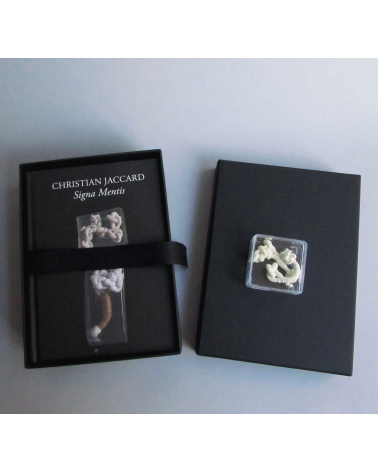 This edition includes a copy of the book Signa Mentis, accompanied by an original box inspired by "Boîte en acétate contenant couple d'outils", from 2012.

This head edition includes a copy of the Signa Mentis book, accompanied by an original box inspired by Boîte en acétate contenant couple d’outils, 2012, one of the knots being hand made by the artist and the other, realised from the original one, by prototyping and 3D printing by CREAFORM (Vierzon, France).

"Trying to distance myself from the concept invented in 1913 (by Marcel Duchamp). On my part, it is about praising the digital fact, of catching in hand, of the culture of touch and of the proning by an intuitive and stubborn production which differenciates itself from Ready Made of which the procedure substracts from manual fabrication and speculates about the appropriation of the object."

Related Products ( 4 other products in the same category )