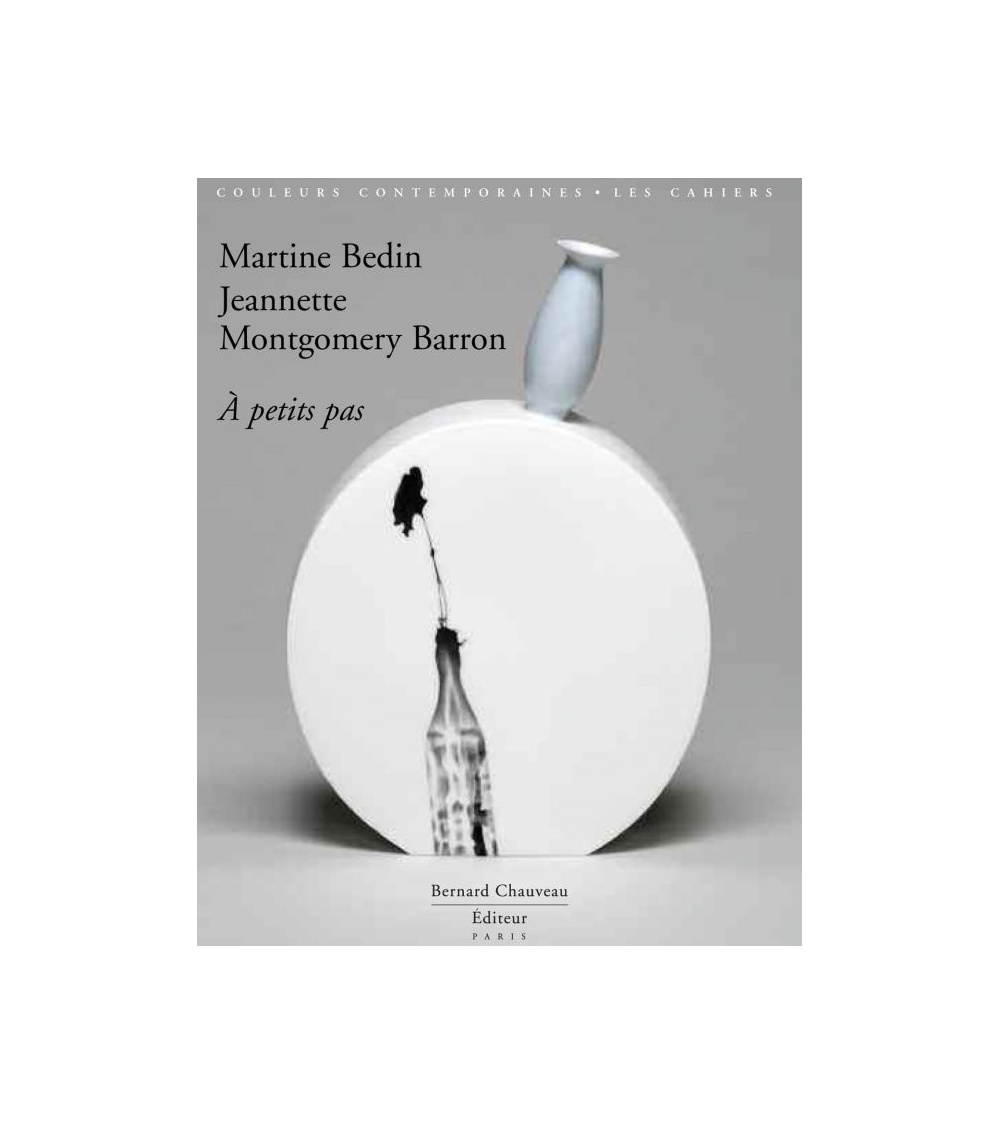 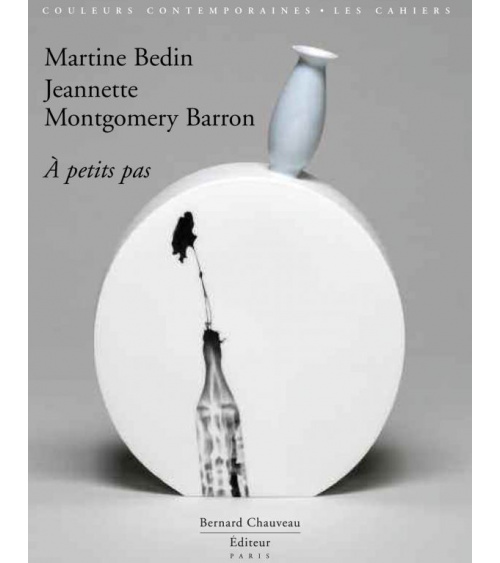 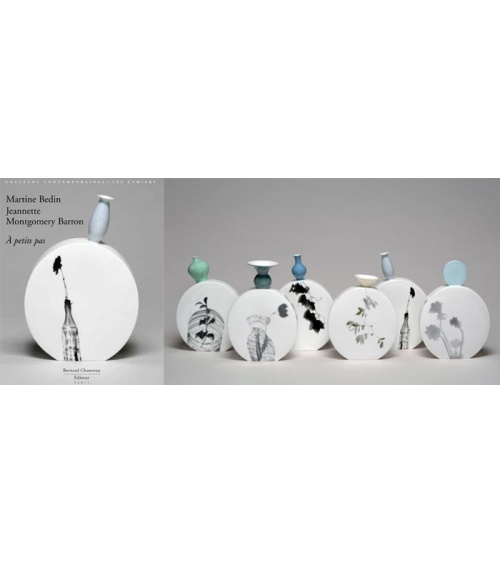 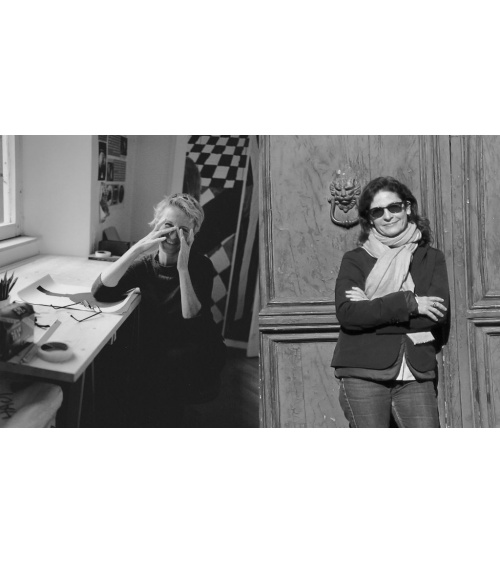 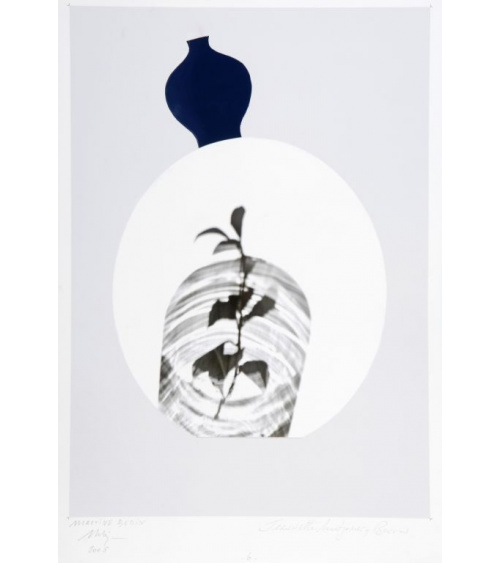 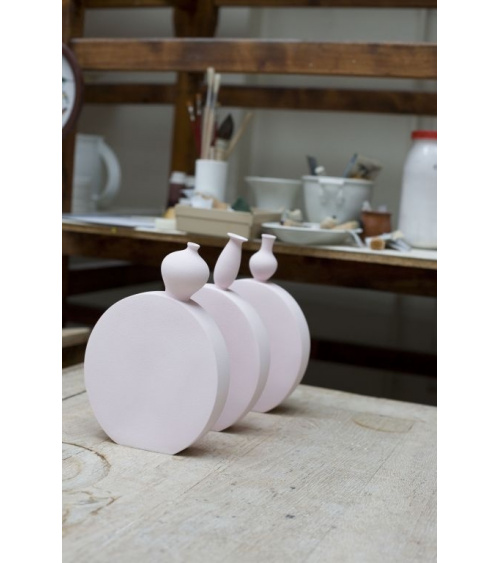 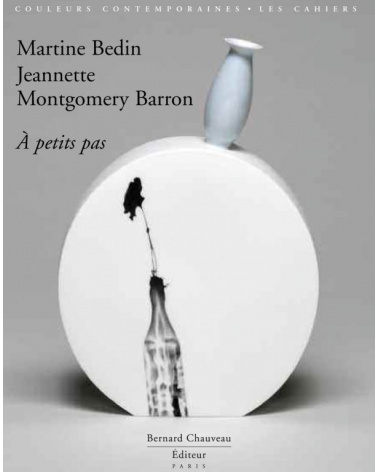 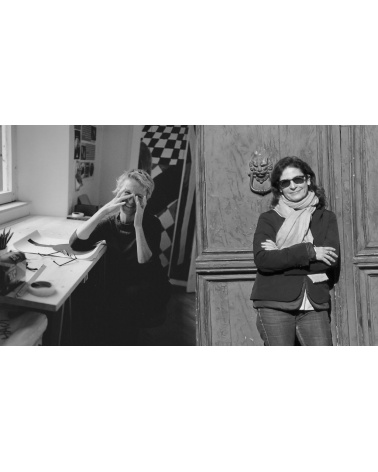 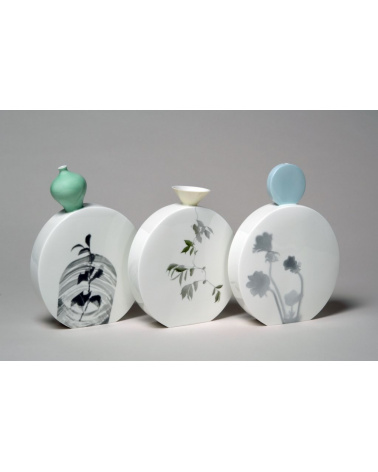 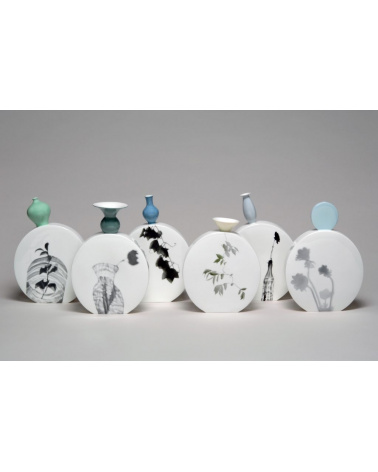 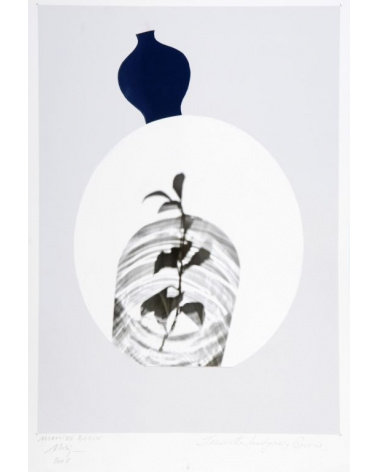 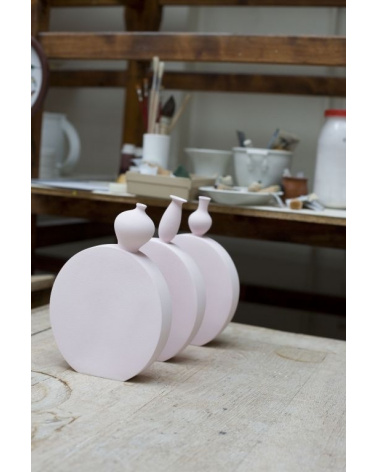 Martine Bedin and Jeannette Montgomery Barron met at Sèvres. In Small Steps (À petit pas) their discussions led to them working together, combining their artistic skills.

Martine Bedin designs vases. Jeannette Montgomery Barron is a still-life photographer. They met at Sèvres, in connection with the project presented in this "Cahier". In small steps (à petits pas) their discussions led to them working together, combining their artistic skills to produce this set of vases on which the flowers in the photographs are painted by hand.

“For a long time the theme of the vase has obsessed me (…). The vase is the precious casket for the agony of flowers. But could the fight become more equal?  Between the flower and the vase, which might break first?  Placing an image of a flower on the heart of the object immortalizes the memory of a dignity that has disappeared. The dignity of the object fulfils this mission” explains Martine Bedin. The image gives the vase its sense, its use, its primary function.

Martine Bedin has created six new soft-paste porcelain vases  (Bottle, Ivy, Poppies, Tulip, Wisteria and Vase&vase). All are based on one central matrix, “a kind of archetype of a vase”. For five of them, the matrix is topped with a collar reminding us in miniature of various emblematic Sèvres forms. The sixth vase is totally shaped by Martine Bedin. Each of the six vases receives a different decoration, an image painted on by hand, reproduced from the photos specially taken by Jeannette Montgomery Barron.

Jeannette Montgomery Barron spent some time in the heart of the workshops of Sèvres - Cité de la céramique, learning the various stages in the creation of vases. She has worked hard to ensure her photographic images illuminate the skills of the craftspeople of the Manufacture.

Martine Bedin was born in Bordeaux in 1957. She is an architect and is part of the “Radical Design” movement, as well as the designers’ group that founded the Memphis. Martine Bedin built several houses such as La Maison Rouge in Bordeaux, she converted the Sully hotel and the Palais du Tau. Martine Bedin is often employed as an artistic director and advisor by great fashion and industry companies. In 1991, Martine Bedin creates her own publishing house, la Manufacture familiale. From that moment, she stopped working for the industry and she created her first collection of unique furniture for the BDX gallery. Her furniture and objects in limited series are part of many public and private collections such as the Victoria & Albert museum of London, the Musée des arts décoratifs of Paris and the Centre Georges Pompidou. Since 2003, Martine Bedin lives in Rome and Paris and mostly works as an “creator of (almost) unique objects”.

Jeannette Montgomery Barron was born in 1956 in Atlanta Georgia and studied at the International Center of Photography in New York. She became known for her portraits of the New York art world in the 1980’s, which were later published in Jeannette Montgomery Barron (Edition Bischofberger, Zurich, 1989). Next, a collection of her still life photographs entitled Photographs and Poems, a collaboration with Pulitzer Prize winning poet Jorie Graham was published by Scalo (1998). Her following series of work, Mirrors, was published by Holzwarth Editions (2004), and includes a text by the celebrated author Edmund White. In 2006 Holzwarth Editions also published her book, Session with Keith Haring, twenty photographs taken by Montgomery Barron in Haring’s studio one afternoon in 1985. In her most recent book, My Mother’s Clothes, Montgomery Barron created a poignant and enduring portrait of her late mother through still life images of her cherished clothing, shoes, and personal possessions. As her mother’s struggle with Alzheimer’s progressed, robbing her of any remembered past, Montgomery Barron began this unique visual album as a way of both sparking her mother’s memories, and coping with her own sense of loss. She is currently working on a series of portraits set in Rome entitled, “In Case I Forget.” Her works are in numerous public and corporate collections, including The Museum of Fine Arts, Houston, The High Museum of Art, Atlanta, Kunsthaus, Zurich and The Andy Warhol Museum, Pittsburgh. She has shown internationally at Galerie Bruno Bischofberger, Zurich; Scalo, New York and Zurich; Jackson Fine Art, Atlanta; ClampArt, New York; and Magazzino D’Arte Moderna, Rome. Montgomery Barron lives in Rome and Connecticut with her husband and their two children. She is represented by ClampArt, New York; Jackson Fine Art, Atlanta, Georgia; and Magazzino d’Arte Moderna, Rome. 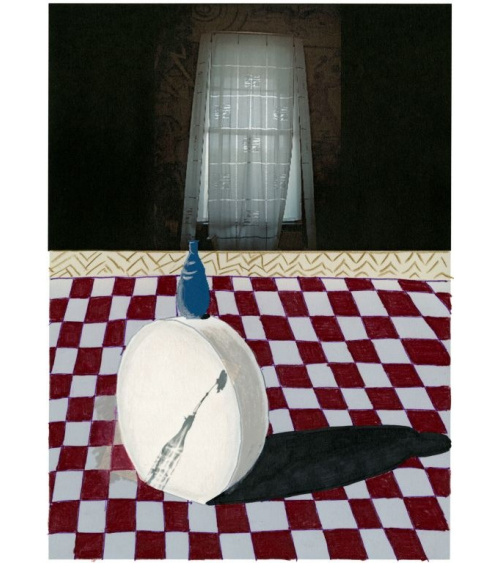