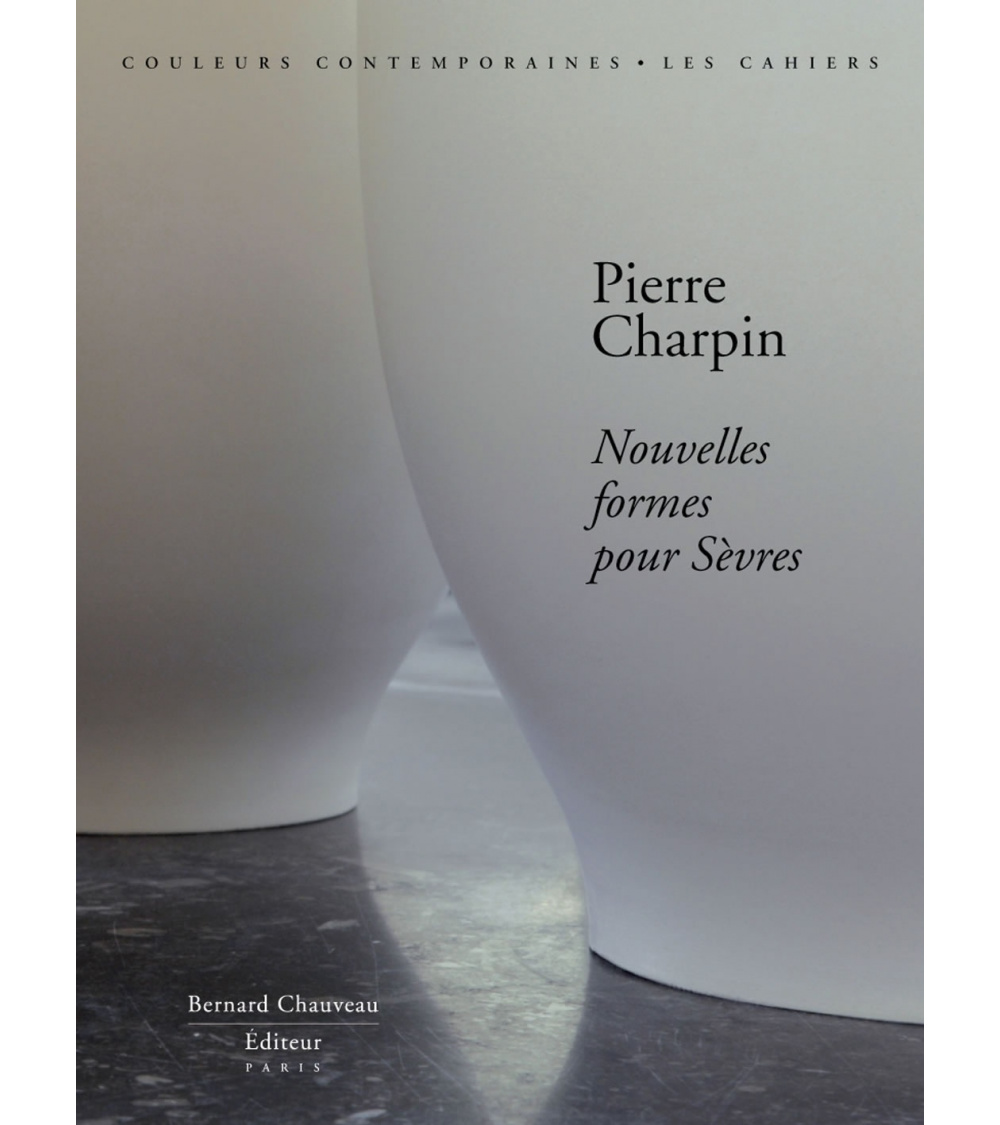 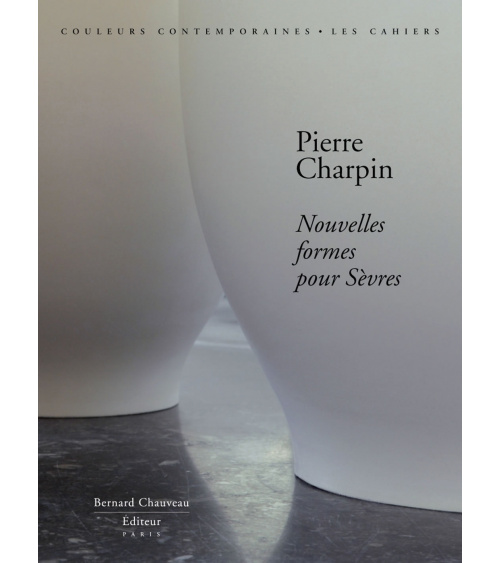 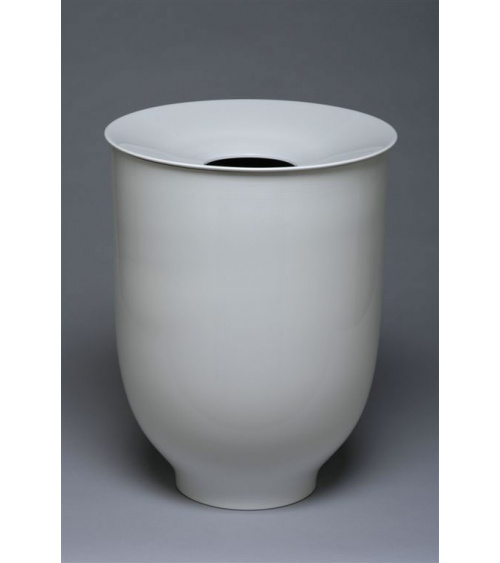 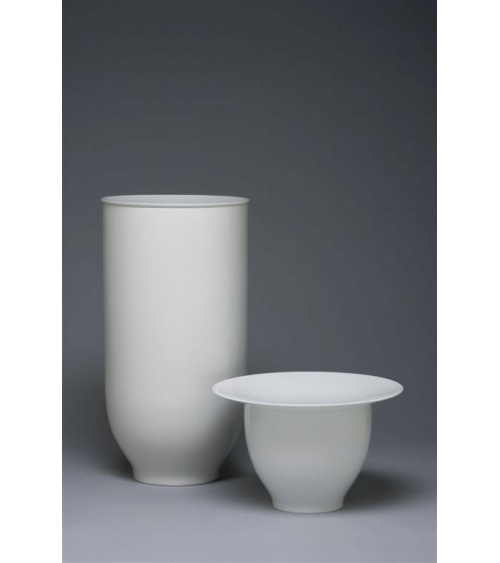 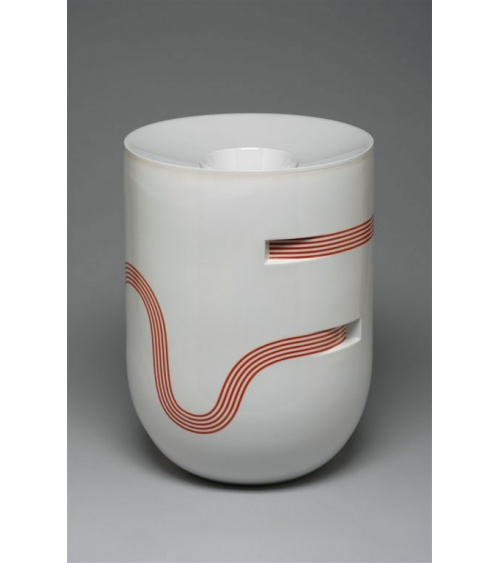 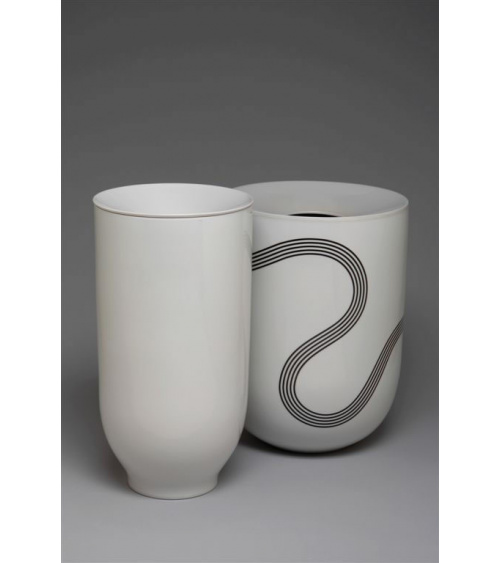 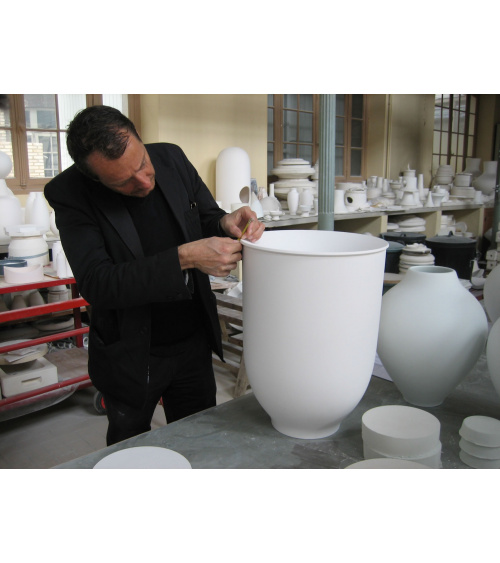 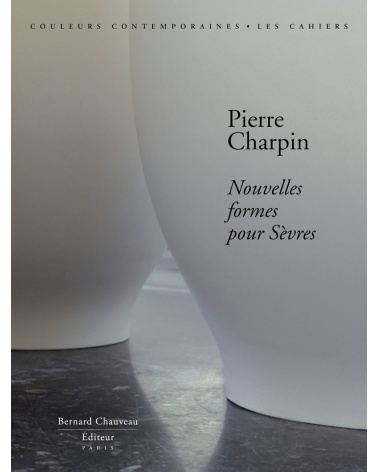 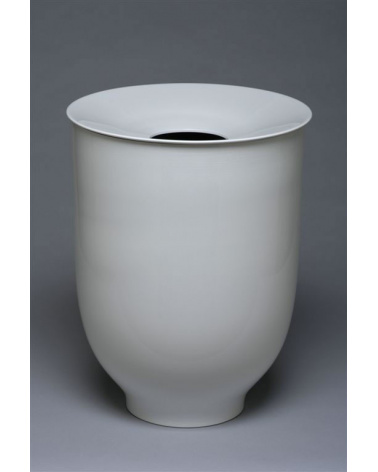 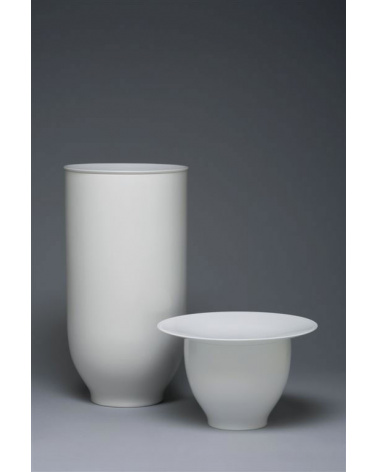 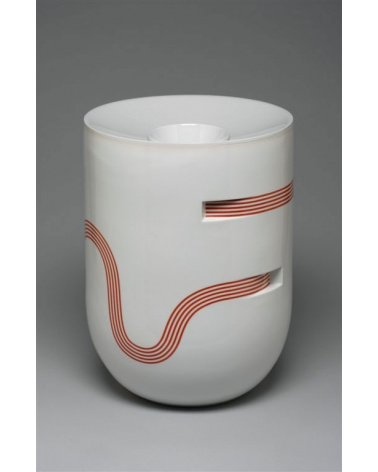 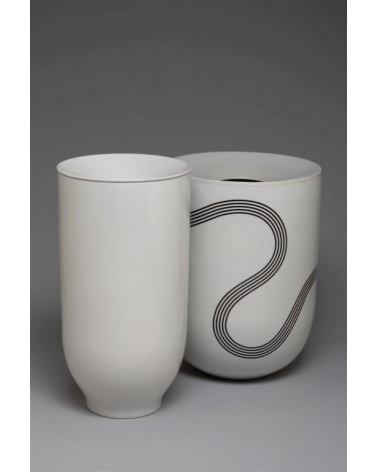 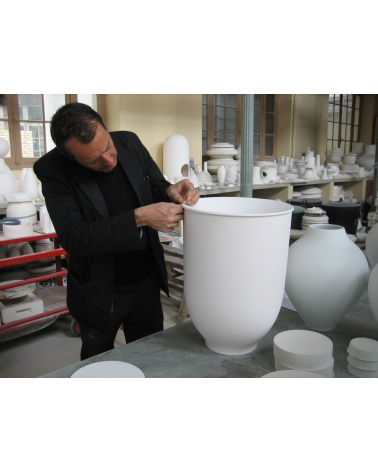 The Manufacture Nationale de Sèvres commissioned Pierre Charpin to imagine new forms. His ideas developed into two series of vases and a table-piece in porcelain.

The Manufacture Nationale de Sèvres commissioned Pierre Charpin to imagine new forms. His ideas developed into two series of vases and a table-piece in porcelain. His Ruban vase is an accomplished variation on the new shapes. Text by Elisabeth Vedrenne, Art Critic.

Limited edition of 300 copies with an original silkscreen signed and numbered by Pierre Charpin (16,54 x 11,8 inch)

Pierre Charpin was born in 1962 in Saint–Mandé (near Paris) and graduated from the Beaux–Arts de Bourges in 1984. Since the early 1990s he has devoted himself to designing furniture and objects.

In 1990 his first solo exhibition was held at the Galerie Perkal (Paris) where he presented his research into the possibility of “anthropomorphic” furniture, and a series of silver tableware objects, manufactured in 1988 by Algorythme. In 1993 he developed his Stackable Chair project thanks to a grant from the FIACRE [French Minister of Culture]. In 1995 he was given the Carte blanche of the VIA (Valorisation Innovation dans l’Ameublement). He designed several seating projects for La Collection tropicale (La Maison du meuble créole, La Réunion) in 1996. That same year he participated in and was responsible for curating the exhibition Assembled in Ivry at the sur–Seine). In 1997 he participated in the first Design Biennial in Saint–Étienne, in which he attracted attention with Vroom, his research into the car as an object, resulting from a workshop with students from the Beaux–Arts de Saint–Étienne.

He lives and works in Ivry–sur–Seine and Paris.

Pierre Charpin’s pieces have been included in many books alongside other designers. His work has also been the subject of several monographic publications, including Pierre Charpin à Vallauris and Pierre Charpin au CIRVA (Grégoire Gardette Éditions, 2000 and 2001), Nouvelles formes pour Sèvres (Bernard Chauveau Éditeur, 2008), and Entre les Vases to coincide with his exhibition at the MUDAC (Birkhaüser, 2009). In 2014, JRP Ringier publishes his first monography: Pierre Charpin.

In 2004 Pierre Charpin was the winner of the international competition for the design of the Carafe Eau de Paris, produced in an edition of 10 000. His vase Triplo (Venini) featured in the selection list for the Compasso d’Oro 2005, the year in which he was named “Créateur de l’année” [Designer of the Year] at the Salon du meuble in Paris.

Pierre Charpin has acted as the scenographer of his own exhibitions (at the MUDAC and Grand–Hornu Images), as well as for themed exhibitions such as Les Sixties, mode d’emploi (Musée de la Mode et du Textile, Paris), Mobi Boom (Les Arts Décoratifs, Paris) and Quali cose siamo, the third Design Museum Triennial (Milan), organized in 2010 by Alessandro Mendini. In parallel with his work as
a designer, from 1998 to 2008 he taught design at the École supérieure d’Art et de Design in Reims. He has been teaching in the Industrial Design department of the ECAL–University of Art and Design since 2006. 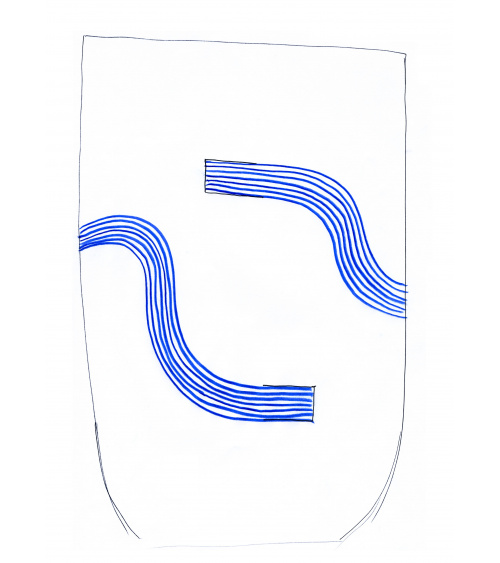