Since 1994, Stéphane Couturier exhibits his work, organized in series. The first one, Urban Archeology, addresses shifting urban spaces. Following the Urban Archeology series comes the Generic Cities, then since 2002 the Landscaping series, and finally the Melting Point series, inaugurated in 2005 with the work for the Toyota factories. Cities, industries and built landscapes are, for Stéphane Couturier, a way of interrogating the relationship between the art piece and the represented subject. This duality ­ the documentarian investigation which is inseparable from visual research ­ characterizes the whole of his photographic work. His research is mostly directed towards the representation of architecture. Whether it is the Villa Noailles by Robert Mallet-Stevens in Hyères, Le Corbusier’s work of many other witnesses of the modern movement, Stéphane Couturier’s photographs are remarkably frontal, which allows them to theatricalize the places they were taken, however quite neutral, keeping the spectator at a distance. The photographic plans are flattened and those flats suppress architectural perspective. This accumulation of colors and materials interrogates the border between order and chaos and gives the spectator the possibility to interpret what he sees in many different ways. In the Melting Point series, the documentary aspect is still present but celebration of beauty isn’t enough anymore. The world in which we’re evolving is filled with all sorts of new tools to record and memorize the proliferation of signs surrounding us. Thus photography becomes a fluid medium, almost offering an infinity of possibilities, and becomes a link with other types of image production (video, cinema). The aim is for the documentary aspect to drift, letting photography shift and surpass its narrative dimension, while keeping the documentary elements intact: reality isn’t made of isolated geometrical elements anymore, it has become a fluctuant reality, constantly shifting and transforming. This series was amplified by the artist’s work in Chandigarh (India) in 2006: in each photograph, Stéphane Couturier associates a photo of Le Corbusier’s architectural work and a photo of his art created in situ. In 2008, he exhibited this work at the Tinglado-2 in Tarragone, where photographs of Brasilia, La Havane and Barcelona were shown as well as a videographic research on Brasilia. In October 2008 he presents the result of a commission about this place’s transformation at the new Centre d’Art de la Ville de Paris, the CentQuatre. Born in 1957, Stéphane Couturier works and lives in Paris. He is represented by the Polaris gallery in Paris and the Laurence Miller gallery in New York. Winner of the Niépce prize in 2003, his work was shown in Europe and in United States. His art works are part of many personal and public collections: Centre Georges Pompidou, Fonds National d’Art Contemporain, Maison Européenne de Photographie, Musée Carnavalet, Los Angeles County Museum, Art Institute of Chicago. http://www.stephanecouturier.fr/ 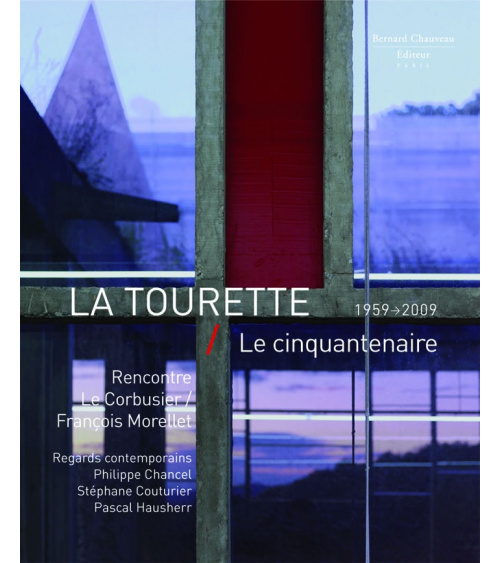 To mark the fiftieth anniversary of the priory of La Tourette, the artist F. Morellet was invited to stage an exhibition of his works that would...
Back to top 

