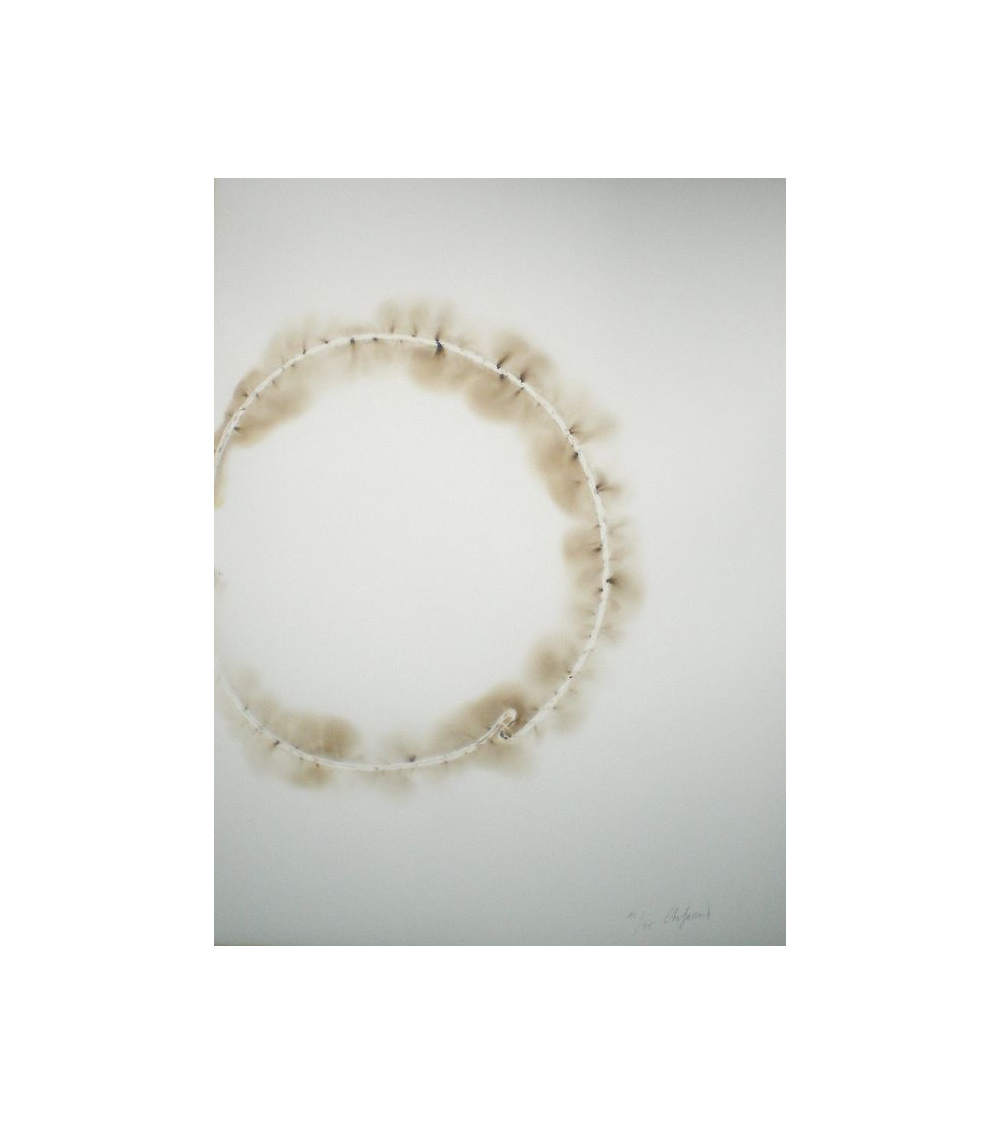 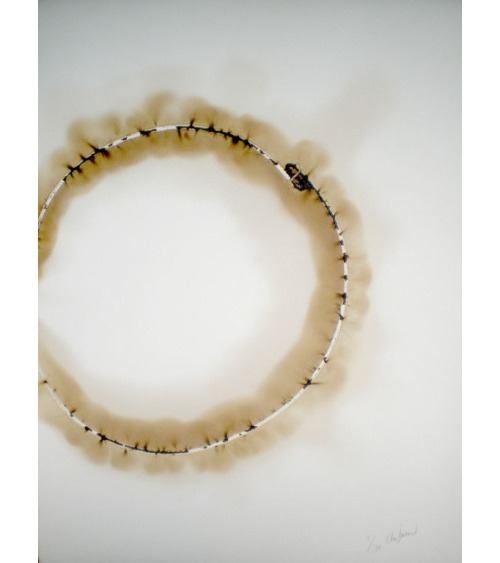 This monograph presents a set of works and interventions, some of them new, by artist Christian Jaccard.

This monograph presents a set of works and interventions, some of them new, by artist Christian Jaccard. It is published for the exhibitions dedicated to him from June 2011 to January 2012 in the Domaine de Kerguéhennec, in the Villa Tamarisk (La Seyne-sur-Mer) and in the Centre of Contemporary Art in Colmar. The text by philosopher Dominique Chateau gives a complete overview of the work of the artist. Between "feux et noeuds" (fire and knots), Energies dissipées invites us to meditate on this original style of work, to discover it in the traces and imprints which every intervention by the artist leaves on the support he has chosen.

For the limited edition the artist has specially created a number of unique combustions with slow fuse on 250g Arches vellum paper.