This multiple is composed of a set of nine wooden letters forming the word: SOMETHING.
Beech tree set.

SOMETHING marks Robert Barry’s return to his approach from the 1980s, when his work required a form of active subjectivity from the viewer. Today considered as one of the inventors of conceptual art (alongside Lawrence Weiner and On Kawara), the artist works with words but rejects all visual protocol in the aim of highlighting their conceptual and semantic properties. SOMETHING consists of 9 wooden letters of three different wood essences (oak tree, beech tree and sycamore) that collectors are invited to activate in a chosen space. Yet instead of rewriting the same word, Robert Barry enables buyers to compose whatever word they want in the language of their choice. Because they are preciously cut out, the letters create a visual statement in contrast with the surrounding space, all the while asserting the power of contemporary language as a way to disrupt reality.

The "Dancers in the Dark" stool by Etienne Marc was presented for the DDay’s 2017 at the Musée des arts décoratifs de Paris. 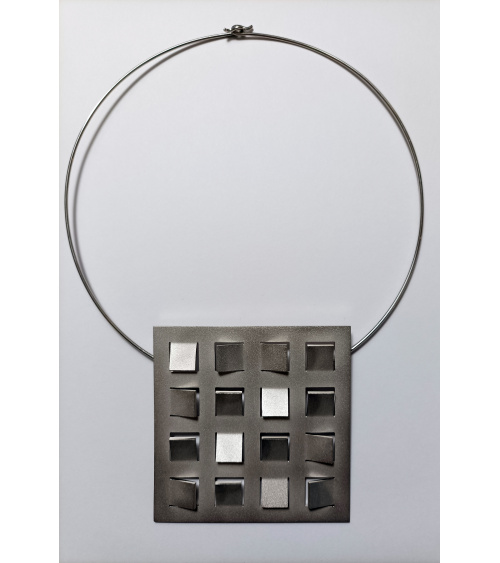 Alex Katz’s hand drawings made with ink are a demonstration of his talent.

