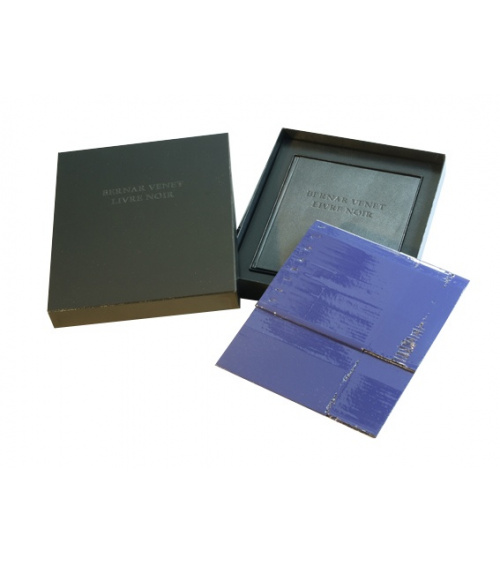 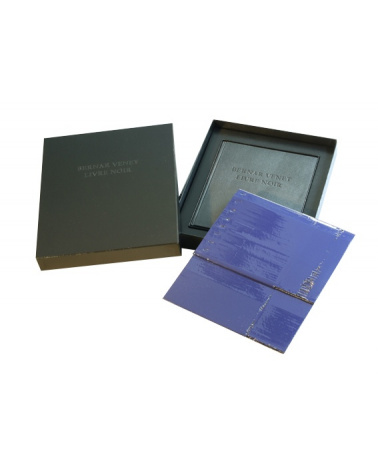 By rebinding this black book, Bernar Venet asserts that modernity, far from being dead, is not even outmoded and that the utopia it conveys still deserves to be revived.

In 2008, in collaboration with publishers Bernard Chauveau Éditeur and Le Néant Éditeur, Bernar Venet launched the idea of the "Workshop Meeting" collection. The success of this first publication having been encouraging, Bernar Venet is now publishing another work, a black book. Once again, the artist is acting on a project whose concept dates back to the sixties, a period when he tried to come up with a new definition of the artwork, thereby heralding some of the conceptual approaches which were to blossom in the seventies. In 1963, at the very time when he created his Piles of Coal and tar paintings, Venet had a book bound with black pages only.

This unique work, well-known to experts, suggested in a dramatic way the possibility of discarding the usual categorizations of art which had become saturated and the need for a new art formto go beyond them, falling within the most stringent definition of modernity. By rebinding this black book, Bernar Venet asserts that modernity, far from being dead, is not even outmoded and that the utopia it conveys still deserves to be revived.

The Black Book therefore appears as a 68-page work (110 copies) printed entirely in black (and not made of black sheets). Its black cover, simply enhanced with varnish and showing the title and the name of the artist, transforms it into a manifesto. The first limited edition, in accordance with the author's wishes, is a book covered with black leather, evoking, by the same token, the well-known notebooks and long-time companions to globe-trotters, in which feelings about the world's heterogeneity were recorded at length.

By making the pages monochromatic through extreme saturation, Bernar Venet invites us to reflect on the excessive contamination of every aspect of our lives by contemporary information, which leads to absolute confusion. This luxury edition, edited in thirty copies, comes with a reactualization of Venet's works from the sixties: his corrugated cardboard reliefs, which were the first of his works to openly question the specificity of art.

For this edition, he made a new copy of these works in his workshop, but instead of being covered with tar, they are now lacquered with car body paint, in harmony with the extreme aesthetic standards of our world and as part of a critical stance taken by the artist. Black, blue, green, and red are the four colours selected by the artist for his rare wall sculptures, of which he only created thirty copies. 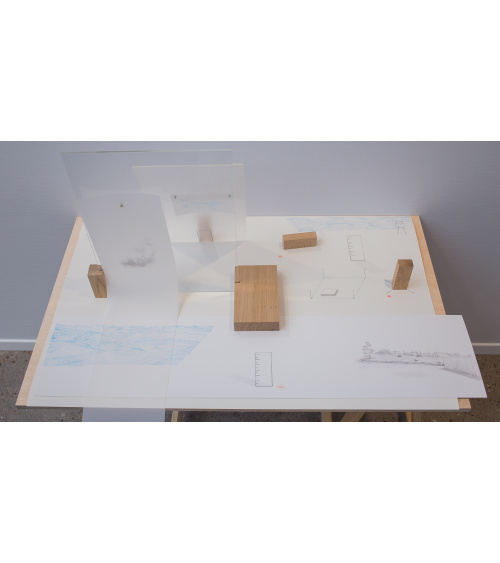