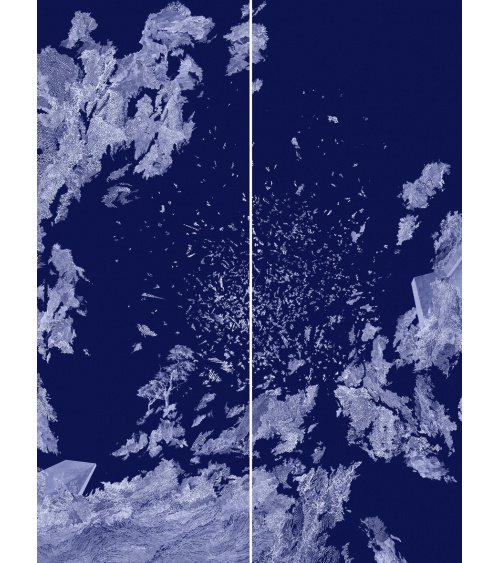 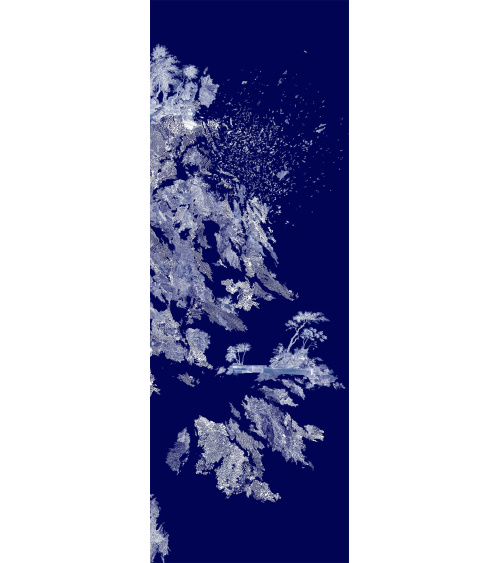 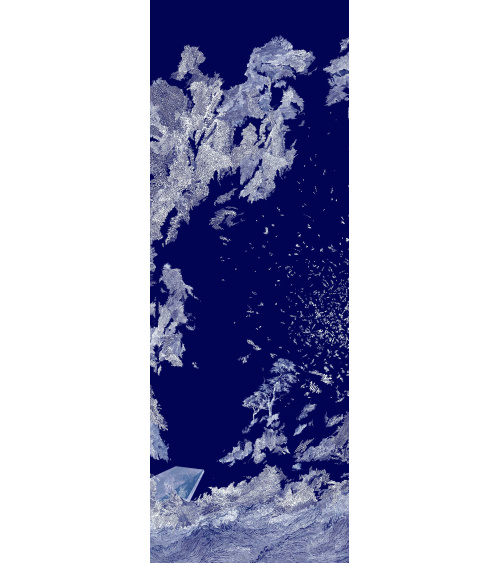 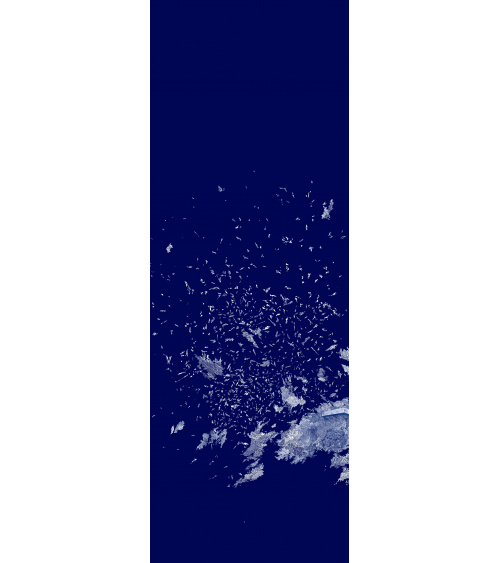 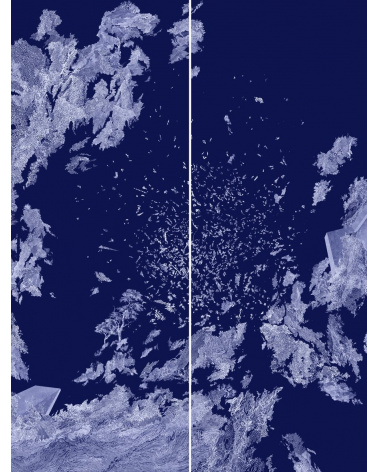 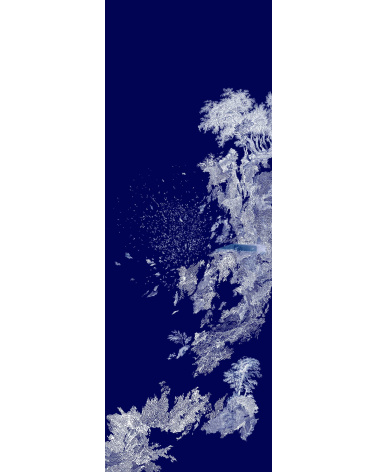 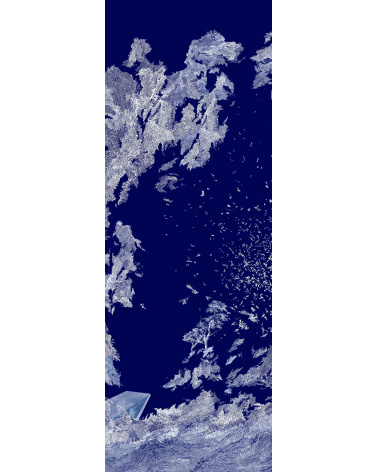 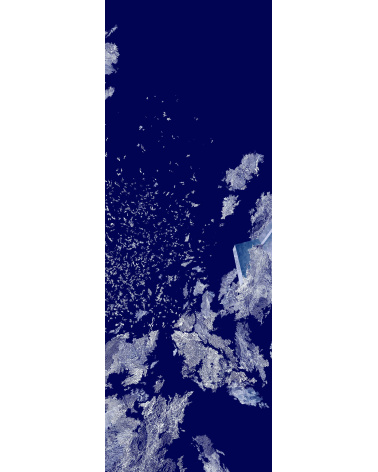 Claire Trotignon - The Reprieve of the Pleiades

Characterized by the intensity of its Prussian blues or cyan blues, the cyanotype has provided Claire Trotignon with an ideal opportunity in which to further develop her graphic work.

Claire Trotignon (France, b. 1985) is proving to be one of the most talented artists of her generation. Her entire practice revolves around a questioning of the codes upon which our reality is based. Through series of drawings, collages, maquettes and installations, she continually jeopardizes the present by playing openly with the aesthetic categories of the past.

Sometimes certain old methods allow today's artists to create surprising images of modernity. This isparticularly the case with cyanotype, a photographic printing technique invented in 1842. Characterized by the intensity of its Prussian blues or cyan blues, the cyanotype has provided Claire Trotignon with an ideal opportunity in which to further develop her graphic work, in a new dimension. Made up of fragments of old prints, of architectural elements directly resulting from post-modernity, the ensemble of 5 prints creates a stunning landscape, marked by the explosions which give the composition its unique dimension. Even if these works are sold separately, they still form a coherent ensemble of an undeniable visual power. 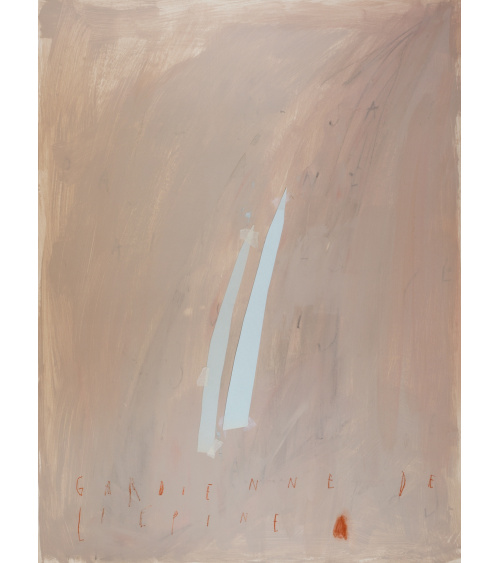 An undefinable artist, Fabrice Hyber has never stopped rattling the art world with his POF, his unclassifiable exhibitions transform museums into... 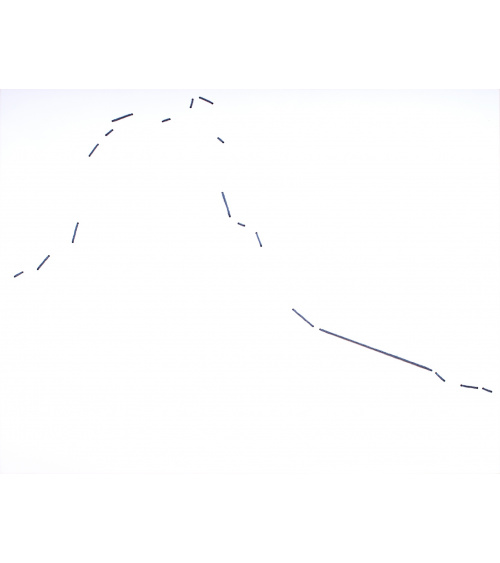 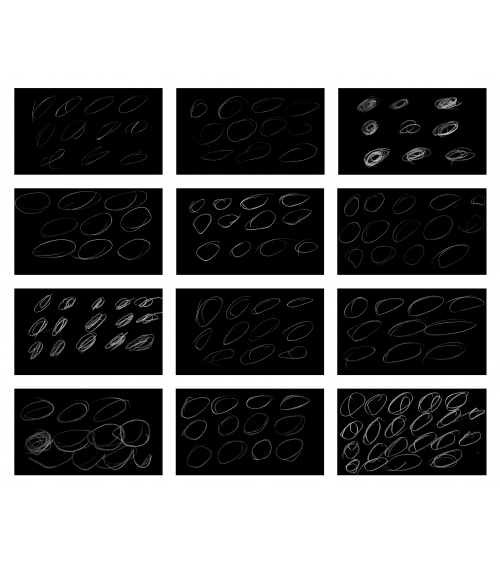 “This series of 12 drawings happened a bit by chance, out of bits and pieces of previous drawings." Pierrette Bloch 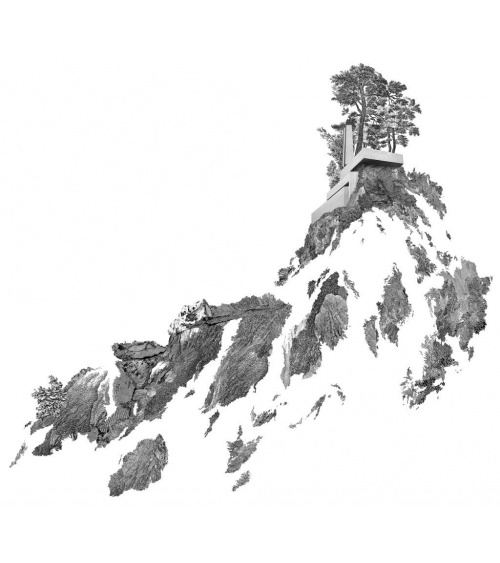 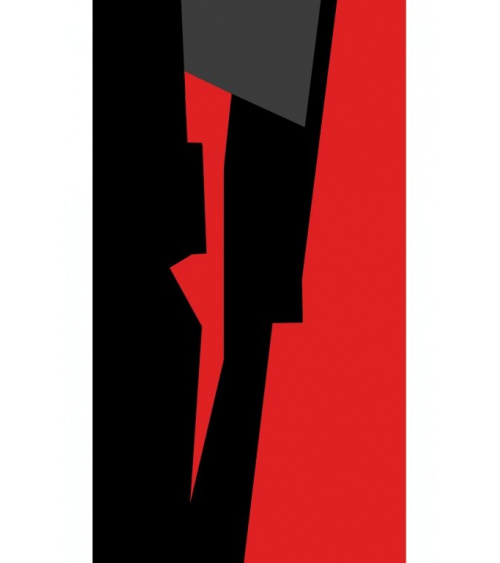 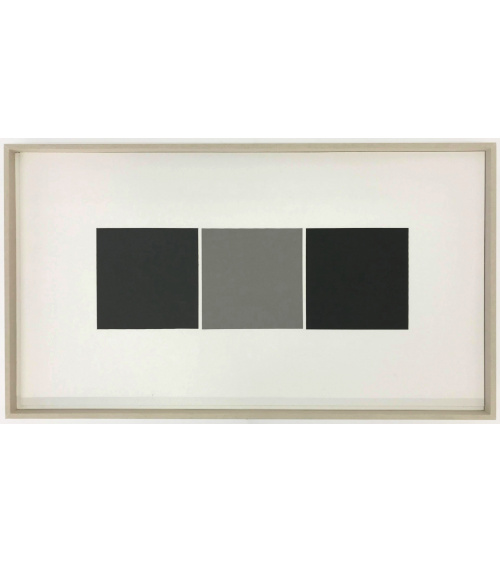 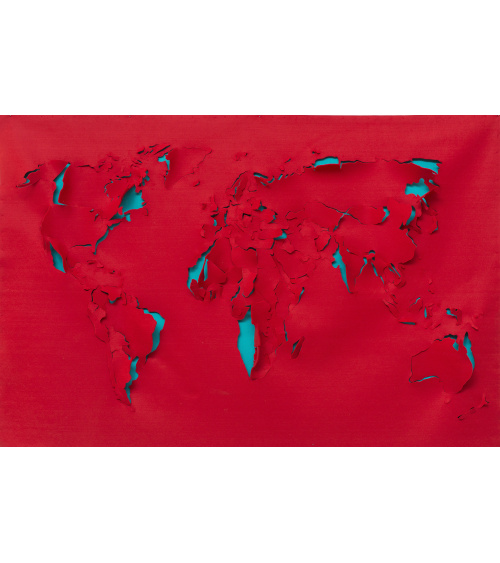 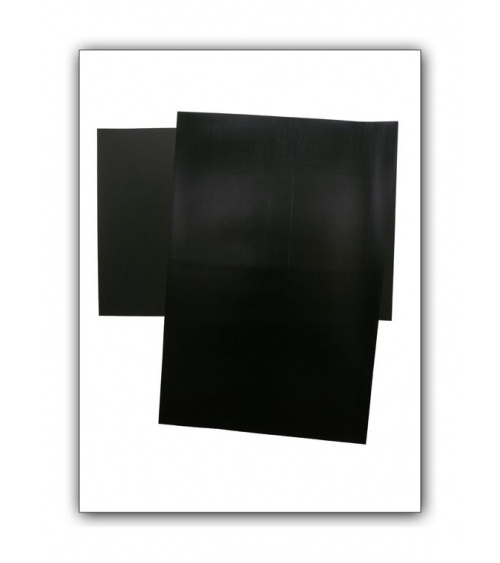 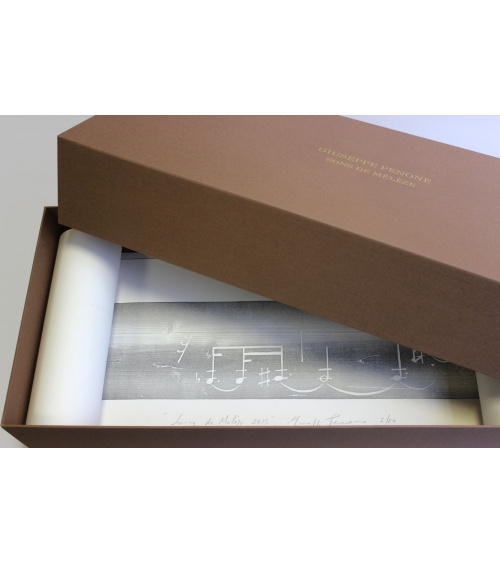 Since 1968, Giuseppe Penone has been considered one of the leading artists of the Arte Povera movement and since that time, has developed an... 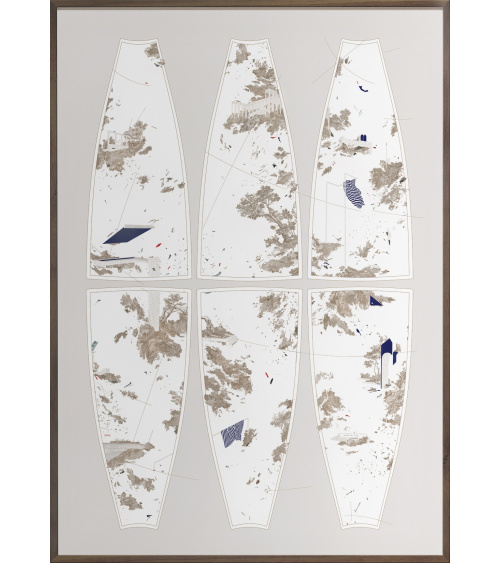 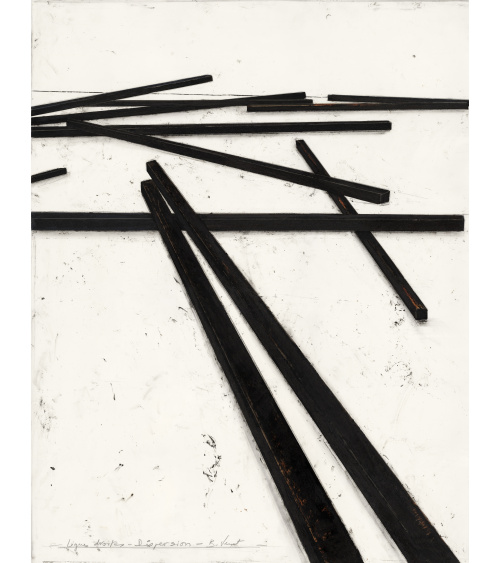 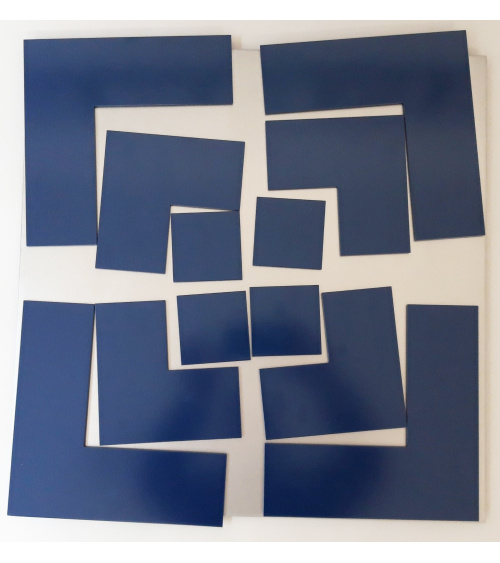